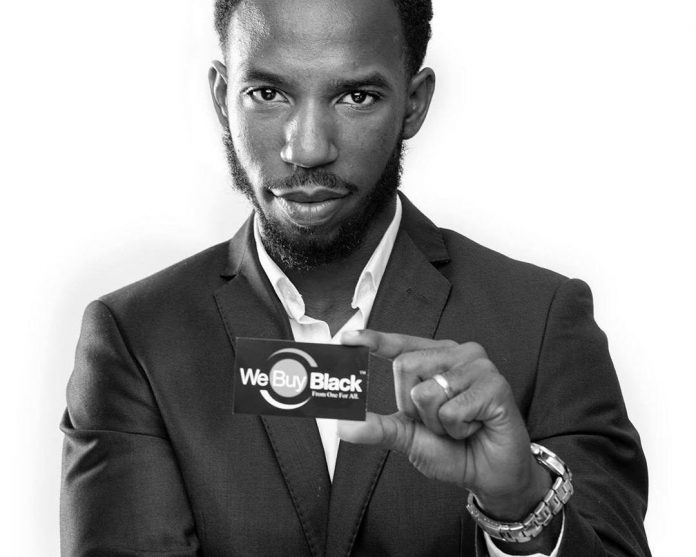 Online Black Business hub We Buy Black was established by then 23-year-old Shareef Abdul Malik with a $30,000 Kickstarter and a promise to the people who helped fund it. In a 2016 interview on the company’s website, Malik promised donors that he would donate millions of dollars back into Black businesses when the website was up and running. There were two major obstacles that many Black business owners faced with advertising during that time, no welcoming platforms and the absence of a budget to do so on such a large scale. Black-owned products such as True laundry detergent and personal care distributor Garner’s Garden have been quite successful thanks in part to the We Buy Black platform. In 2016 Malik stated,” we must have a site built to compete with other top companies all the while maintaining its functionality, speed, and design.”

According to a 2018 Neilsen report, African Americans spent 1.2 trillion dollars with a projected 1.8 trillion in spending by 2024. The areas that Blacks outspent all other demographics were in personal care by 19 percent at 573.6 million and technology. Consumer giants like L’oreal and Unilever own their fair of that spending through the acquisition of large labels like Dark n Lovely and Shea Moisture. A large part of We Buy Black success can be attributed to the fact that it’s a platform where millions of consumers are actively seeking Black-owned companies to support. A CNBC report noted that Black consumers were 20 percent more likely than other groups to pay extra for products that are consistent with images that they want to convey.

The concept of Black economic empowerment in the U.S has been a concept that has been visited and revisited through various movements. Movements that have been successfully adapted and destroyed, most notably through the disruption of “Garveyism”,“Black Wallstreet” and “Greenwood” massacres. These tragedies have always been linked to the invisible hand of the U.S. government. The movements of the people veered away from economic empowerment in favor of civil rights, even while other ethnic groups successfully focused on economic empowerment. These days we often hear and say the expression “stay on code” and many have defined the” code” in a myriad of ways, however, the original FUBU, the economic blueprint for Black people and by Black people proposed and enacted by The Most Honorable Elijah Muhammad has stood the test of time. It would behoove us all to consider the following quote in the “ Message To The Blackman page 174, TMHEM states,”1. Recognize the necessity for unity and group operation(activities). `2. Pool your resources, physically as well as financially. 3. Stop wanton criticisms of everything that is black-owned and black-operated. 4.Keep in mind-jealousy destroys from within. 5. Observe the operations of the white man. He is successful. He makes no excuses for his failures. He works hard in a collective manner. You do the same.