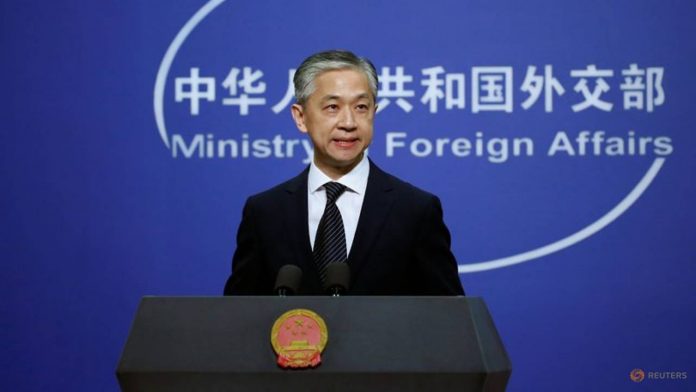 According to OAN newsrooms China’s foreign ministry spokesperson, Wang Wenbin spoke against US potential drop sale with Taiwan. He is quoted saying “We urge the U.S. to abide by the One-China principle and the Three Joint Communiqués, terminate arms sales and military contact with Taiwan,” Wenbin stated. “And immediately cancel the plans of arms sales to Taiwan to avoid further harm to bilateral relations and peace and stability across the Taiwan strait.”

America is losing its power of intimidation and flexing as a superpower to be able to do what they want when they want. Now nations are not only pushing back but are threatening action again America.

The Most Honorable Elijah Muhammad writes about this is his must-have book to study The Fall of America. In Chapter 25 title “America’s Loss of Friendship” The Messenger of Allah writes “America wants everyone to help her bemoan all of her set-backs but when she causes others to fall, breaks up the countries of other peoples and destroys their independence and freedom, she laughs and prides herself as doing a great thing. She puts her feet upon their economic neck and destroys their independence as a nation. All this now returns to America. The little nations are now awake. They had looked for true friendship from America but instead America deceived them. Again, I repeat, the Bible prophecy, “As thou has done, it shall be done unto thee.” There is no friend for America. Also it is written in the Bible, “In the day of thy fall, none shall help thee….”

It’s like saying goes “what goes around, comes around”. The Fall of America is happening as I write this post, so take heed and prepare to move out of the way so America doesn’t fall on us.