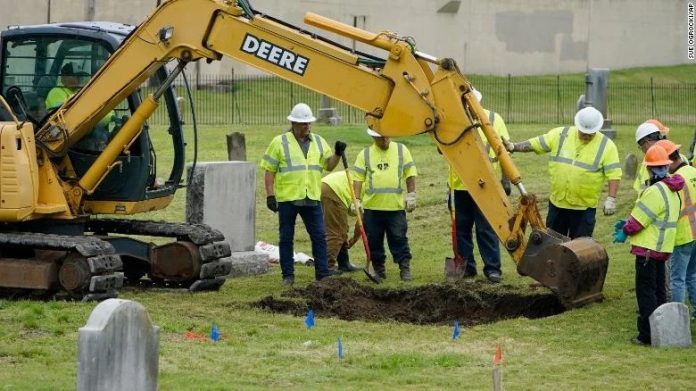 One hundred years, June 1, 2021, from the race riots or massacre of Tulsa. A massacre is the killing of usually helpless or unresisting human beings. The Most Honorable Elijah Muhammad pointed us out in the bible, James 5:6| Ye have condemned and killed the just: and he does not resist you. Entering the Greenwood district, white people stole, damaged or destroyed personal property, credibly estimated to have numbered 1,256- including churches, schools, businesses and so forth. No one has ever been held accountable for the atrocities committed.

In the effort to seek justice for the victims the locals have opened investigations into the mass graves. The explosion of violence caused civil officials to deputize many men who participated in that violence. The Oklahoma National Guard participated in mass arrest involving an estimated 6,000 of the 10k residents. Regardless of job title or description, every level of Government refused adequate preventive measures. This particular crime , like most in American history, was sparked with the accusation of rape. The myth of the black male as a sexual deviant and aggressor serves the purpose of racism in America. In 2018 Tulsa Mayor reopened the investigation into the longstanding oral history accounts of mass graves at various sites. The great people of Tulsa honor us with this undertaking to preserve the value of the history tellers and their experience.

After the Tulsa Race Massacre, ten years or so, the surviving residents who chose to remain to fulfill the promise to rebuild. There were over 240 black businesses by 1941. They were successful in spite of the opposition of many white Tulsa political and business leaders. This continued until segregation was overturned. Do we have an idea of all we lost under the Civil Rights movement in the way of our independence? The book The Fall of America foretold separation is the answer. Justice in the form reparations seem too much for the masses to consider. Although it is a must.