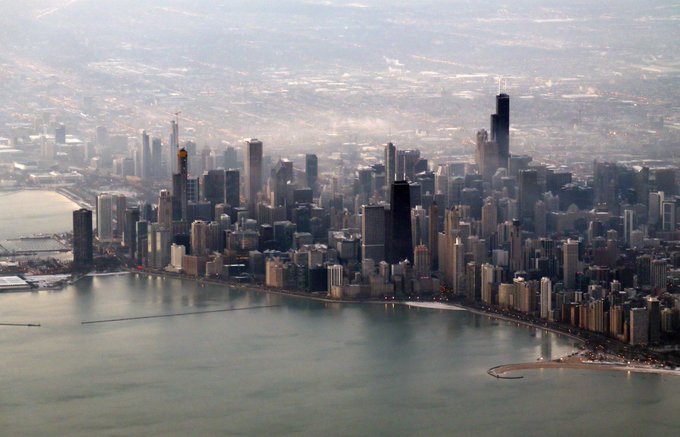 Many reports and statistics point to the fact that the COVID-19 Pandemic has heavily impacted the Black Community.

Most of us believe this is because of preexisting medical and societal conditions.

Jeremy Deaton and Gloria Oladipo of Bloomberg City Lab report, “Patricia Frieson was a caretaker, a nurse by trade who looked after her nieces and nephews when they were children, and tended to her mother in old age. When she became the first person in the state of Illinois to die of the coronavirus, news reports made note of her age, 61, and health issues like her severe asthma that made her more vulnerable to this deadly disease.

Less discussed were the details of her surroundings. Frieson lived in Auburn Gresham, which has the highest asthma rate of any neighborhood on the far southwest side of Chicago. Residents can smell the exhaust of buses and trucks that cut across W 79th Street, one of the busiest roadways in the city. Auburn Gresham is also one of the hottest neighborhoods in Chicago and one of the most vulnerable to flooding. Severe heat worsens pollution, which assaults the lungs, while floodwaters feed mold, which does the same. For locals looking for healthful food or medical care, there is little in the way of grocery stores and not one hospital. Auburn Gresham is 96% Black.”

The Honorable Elijah Muhammad Established an Economic Program to help fight against Poverty and want, As we closed Part 30:  On pages 56-57 of Message To The Blackman in America, in the Chapter “Original Man,” section “Help Self: What Must Be Done With The Negroes?”, the Honorable Elijah Muhammad writes:  “As a people, we must become producers and not remain consumers and employees.  We must be able to extract raw materials from the earth and manufacture them into something useful for ourselves! This would create jobs in production. We must remember that without land there is no production. (The Time and What Must Be Done, By Minister Farrakhan 2013 part 31)

The surplus of what we produce we would sell. This would develop a field of commerce and trade as other free and independent people whose population is lessthan that of the [now over 40 million] so-called Negroes who are dependent in America.”