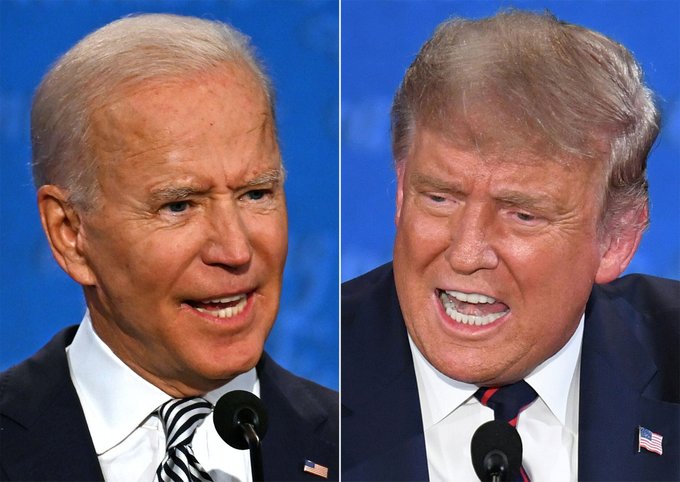 America watches the Presidential Debate in horror as they watch their two presidential candidates argue back and forth like two high school teenagers.

There were numerous interruptions and insults hurled as the moderator struggled to keep order in this so-called debate.

The Honorable Elijah Muhammad said in Message to the Blackman in 1965, “Beware of the National Elections, my Black Brothers and Sisters. There is no salvation in them for you only false promises. “

Keep in mind that he said this approximately 55 year ago and you can see in unfolding right in front of you.

The world is laughing at America, the citizens of America have very little faith in their ability to change their condition.

So now, after that catastrophic debate, Americans are struggling for a direction to go in.

“President Trump and former VP Joe Biden hurled insults and repeatedly interrupted each other in their first debate, sparring over topics ranging from health care to the economy as moderator Chris Wallace tried mostly in vain to control the discussion” Reported by Bloomberg QuickTake