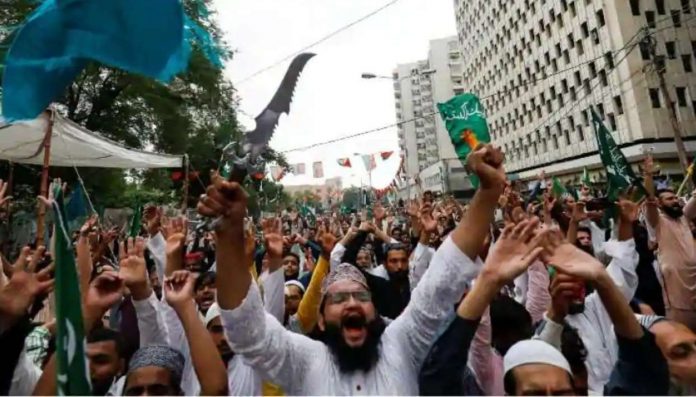 Cities accross Pakistan recently erupted in Anti-France protest after French President Emmanuel Macron made statements considered offensive to many Muslims. In Lahore. Pakistan thousands of protesters filled the streets demanding that their country break ties with France.  In Multan thousands of protestors marched and held banners calling for boycott of French goods and services.   Some protestors lit photos of French President Macron to burn in effigy.

The French President kindled a fire when called Islam a “religion in crisis all over the world” and said he would fight “Islamist separatism”.  Those words angered the Muslim world that have hstorically been subjected to repeated antagonism over their religious beliefs.

President Macron said the cartoon caricatures were protected under the right to free speech. Many Muslims see the derogatory cartoon caricatures as a form of religious persecution that has been sanctioned by the French government.  Many Muslim leaders were outraged by President Macron’s remarks and various Islamic countries have called for continued protests and boycotts.