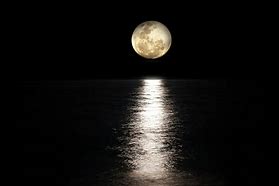 New evidence confirms that there is water on a sunlit surface of the Moon.  NASA Science reports, On Monday, researchers from NASA’s Stratospheric Observatory for Infrared Astronomy (SOFIA) confirmed for the first time that molecular water has been discovered on the sunlit surface of the moon, indicating “water may be distributed across the lunar surface, and not limited to cold, shadowed places.” Researchers also said that the discovery will benefit future exploration plans.”  “SOFIA has detected water molecules (H2O) in Clavius Crater, one of the largest craters visible from Earth, located in the Moon’s southern hemisphere. Previous observations of the Moon’s surface detected some form of hydrogen but were unable to distinguish between water and its close chemical relative, hydroxyl (OH). Data from this location reveal water in concentrations of 100 to 412 parts per million – roughly equivalent to a 12-ounce bottle of water – trapped in a cubic meter of soil spread across the lunar surface. The results are published in the latest issue of Nature Astronomy.”

The Honorable Elijah Muhammad taught us the reality of the deportation of the moon, he said it was once apart of the earth but was separated when a Black Scientist detonated some dynamite within it. We now see the reality of the Moon pulling back some of the water it lost, The Honorable Elijah Muhammad truth continues to manifest right in front of us.