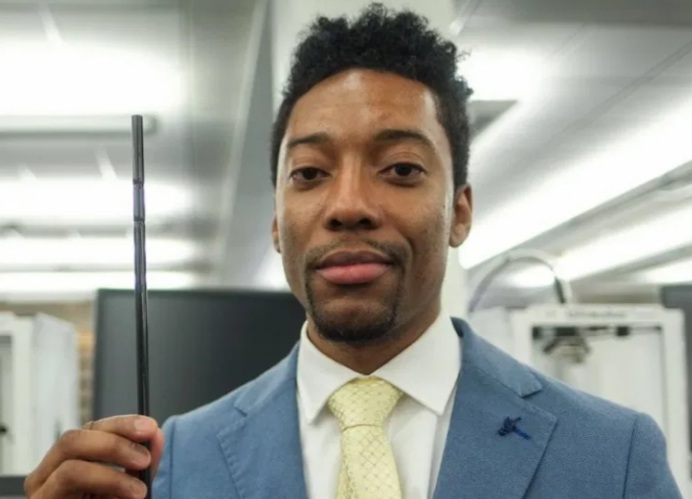 A black IT Network Analyst in Jackson, Mississippi has solved the problem of removing lead in drinking water. Lamonte Pierce, a graduate of Jackson State University, was fed up with the city’s boil water advisories. Pierce and fellow JSU graduate, Andrew Willis collaborated to find a solution, according to a recent article in BlackDetour.com.

Lead in America’s water systems is a growing national crisis, CBS news reported. The Flint Water Crisis began in 2014 after lead and other contaminants leeched into the drinking water.  “I saw somewhere they were drinking out of toilets, they were drinking from the river, different things like that. They use simple filters that you can find in everyday filters, but the thing was they did not filter out lead… if we can filter out lead, we can pretty much filter out anything.” said Pierce.

Pierce patented “Cleanstraww”, an infiltration straw that filters lead and other contaminants from the water.  According to Jackson State University BlackEOEJournal.com, the idea for an infiltration straw came from a 3-D printing challenge Pierce and Willis were working on.  Afterwards Willis contacted Pierce saying they needed to continue the project.  Using a 3-D printer Pierce created a prototype made of non-toxic materials. In a three-step filtering process, the infiltration straw divides sediment and particles from water, according to a NewsOne article.

Walmart is among the large stores that have shown interest in Cleanstraww, offering Pierce a vendor contract to supply 4,000 units. Pierce wants to work with non-profit organizations to ensure that his product will allow consumers the ability to control their own water safety; taking that responsibility out of government hands. Cleanstraww is FDA compliant and meets US Environmental Protection Agency guidelines, according to WarchTheYard.com. “If you want clean water, here you go,” said Pierce.