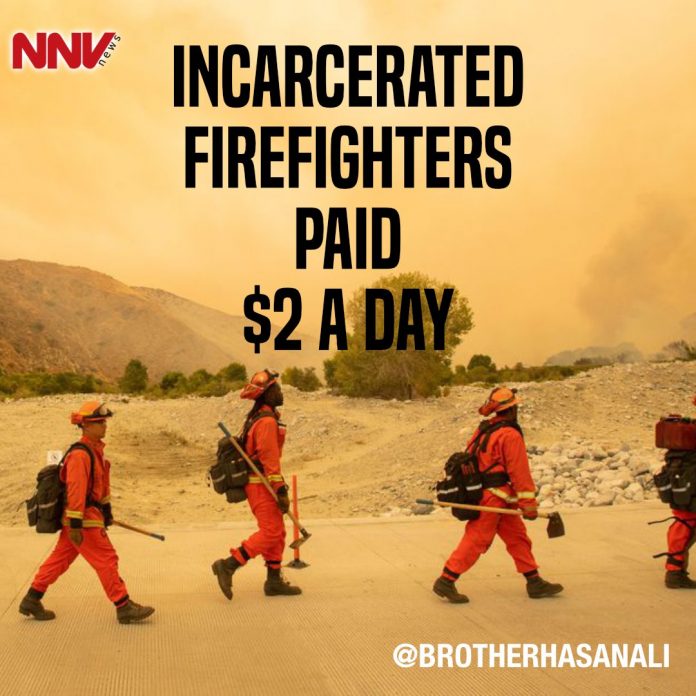 Since the Wildfires have been California has been in a state of Emergency, but most people would be shocked to find out who is fighting these fires.

Incarcerated inmates, yes, they are working for 2/$ a day for freedom and a promise of record expungement.

Reported by Maya Chung of Inside addition,” Inmate Firefighters Now Have Path to Record Expungement. Some Say the Focus Should Be on the 13th Amendment.”  “Michael T. Gebre has been fighting California wildfires for the last 36 days, with very few breaks, as the River Fire and Carmel Fire burned thousands of acres throughout Monterey County. Gebre officially became a firefighter in June, but he had been fighting fires as an inmate firefighter long before he joined the ranks of the California Department of Forestry and Fire Protection. “

Minister told us in his lecture series, “The Time and What Must Be Done part 21, he said “Now most of you, my dear and beloved brothers and sisters, who are trying so hardto be a “citizen”: I want you to study the language of the 13th, 14th and 15th Amendments of the United States Constitution. The 13th Amendment “abolished slavery”—of course, except if you commit a crime. Think about that! And after slavery was “abolished,” in the 14th Amendment it defines “citizenship.

The 13th Amendment states: “Neither slavery nor involuntary servitude, except as a punishment for crime whereof the party shall have been duly convicted, shall exist within the United States, or any place subject to their jurisdiction.” Founding Fathers and Slavery. Ladies and Gentlemen this is modern day slavery.

This is Hasan Ali with NNVnews.com