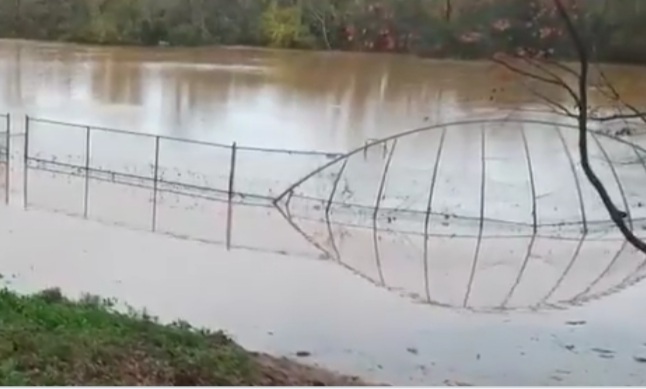 Thunderstorms and intense flooding near Charlotte, North Carolina resulted in several deaths, forced water rescues, evacuations and property damage throughout the region. According to CBSNewsPath.com the Hiddenite Family Campground was among the areas inundated by the flood waters.  According to the N.C. State Highway Patrol there were several reported deaths and “31 people were rescued”.  Flood waters knocked out power to thousands of residents and caused road closures on parts of interstate highway 85. Flooding in the region is among the latest weather disasters to hit the US, and more are expected.

Severe thunderstorms, flooding, bitter cold and snowfall accumulations are expected to cause major problems during this fall and winter season; and into next year. The effects of LaNina and nor’easters and a lack of healthy vegetation in many areas make the landscape more susceptible to flooding, reports Accuweather.com.
NOAA’s Climate Prediction Center reports it anticipates big changes in temperatures. “Periods of subzero cold can drive south down the front range of the rockies, the central and western plains.”

A strong polar vortex is predicted which means brutally cold arctic air will remain locked in place for a period of time, reports Accuweather.com.  “The central Plains will be in the battleground zone, swinging from bitterly cold conditions to spells of milder weather and then back again in less than a week’s time”, according to NOAA’s Climate Prediction Center.

The Honorable Minister Louis Farrakhan warned us of “calamity after calamity” and pointed out how “Allah would curtain this place on her sides”.  The Minister said in his 2019 message entitled Guidance To Black America, “If the scientist could cause this to stop they would have done it”. “The scientist have a point, but the scientist don’t create rain, hail, snow and earthquake.”  “Some of these chastisements are being guided”.  “So America is surrounded with the judgement of God”.