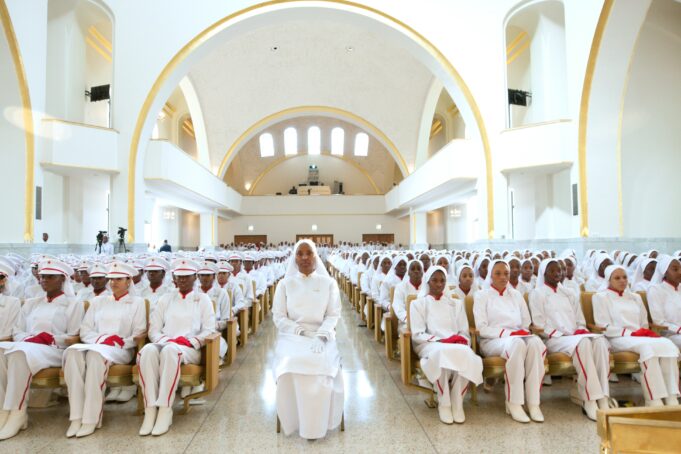 The National Correspondent for the Final Newspaper, Charlene Muhammad covers the monumental Vanguard Retreat weekend held for the women and girls of the Nation of Islam.

“In a world that is so contrary to decency, righteousness and that portrays the Original Black woman in such a negative light, the class of all classes, the National M.G.T. and G.C.C. Vanguard, showed and proved why what is offered through the Teachings of the Most Honorable Elijah Muhammad, under the direction of the Honorable Minister Louis Farrakhan, is so necessary and needed.

The great movement of young, Muslim women flocked to this suburb of Chicago for the national M.G.T. and G.C.C. Vanguard Retreat 2022. It was a historic occasion filled with education, rejuvenation, and fun.

“M.G.T. and G.C.C.” is Muslim Girls Training and General Civilization Class, a class designed in part to retrain Black women and girls into the thinking and will of God through the study of seven training units set up by the founder of the Nation of Islam, Master W. Fard Muhammad, the Great Mahdi.”

Student National M.G.T. and G.C.C. Captain Naeemah Muhammad and her staff worked for months to empower the women who traveled from far and wide to gather in unity as a sisterhood.

“We have so much to be joyous over. And I want each and every one of us to be encouraged,” stated Sister Naeemah Muhammad during the opening session. “We have a lot to be happy over.  We, sisters, are right at the edge of the precipice of this world going out, in the birth of a New Kingdom, the Kingdom of Allah (God).”

Carmen Muhammad Has A Testimony

The Black Narrative: What is Dianetics?