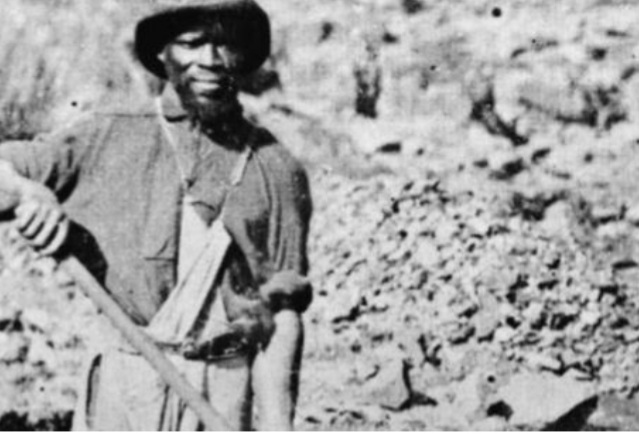 In 1845 gold was discovered in Sutter’s Mill in Coloma, California.   By 1849 Black miners had established one of the earliest mining claims in Sacramento County at Negro Bar according to the California Department of Education. Black miners mined claims at American River,  Negro Hill, Massachusetts Flats, Downieville, and in Calaveras and Mariposa Counties. Stephen Spencer Hill, Wood Tucker and a host of other blacks mined near Columbia, California.

In 1849 the California legislature ruled that black miners including Stephen Spencer Hill had to be returned to their former slaveowners under state and federal fugitive slave laws, according to PBS.com. Although California legislators passed laws declaring it was a free state, resolution was introduced excluding free blacks from living in California. The first of the resolutions to exclude free blacks was put before the state legeslature in 1849 during  California’s Constitutional Convention.

The newly elected California Governor Peter Burnett addressed the legislature discouraging them from permitting blacks to settle in the state. According to TheBlackDetour.com Burnett said “It could be no favor, and no kindness, to permit (free blacks) to settle in the State.”  Morton McCarver said  “Depend on it, you will find the country flooded with a population of free Negroes.”

The inclusion of free blacks was characterized by McCarver as “the greatest calamity that could befall California.”  Even black woman like Elizabeth Flake Rowan who had contributed greatly by helping build a fort were considered a threat because she was black.  Although the resolution failed, California legislators continued to bring up the issue in subsequent legislative sessions. As white civility deteriorated conditions moved closer toward eventual Civil War.