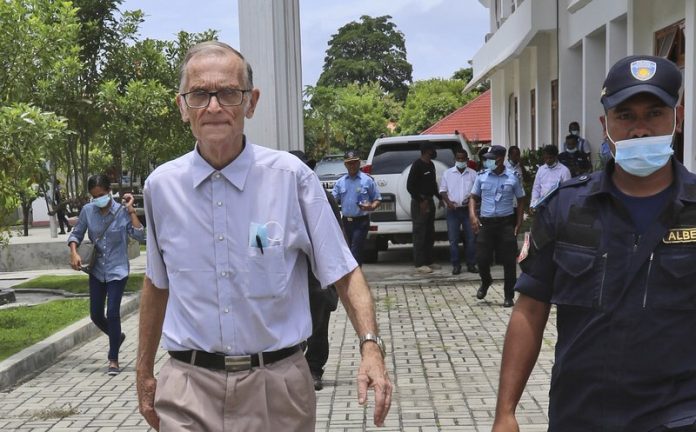 A former Pennsylvanian Catholic priest has been charged with sexually abusing orphaned children at his shelter for orphaned children on the island of Timor Leste formerly known as East Timor. This is the first clergy sexual abuse case to have emerged in the S.E Asian island nation with a population of roughly 3 million, 97% of its population identify as Catholic.

The accused, Richard Dasbach, 84, faces up to 14 counts of sexual abuse against children younger than 14 years in addition to one count of child pornography and domestic violence.  He faces up to 20 years in prison if convicted. According to the human rights legal group Ju’s Juridico Social, at least 15 girls have since come forward.  Foreign donors who once supported Dasbach believe there could be hundreds more.

In light of the accusations, Dasbach has recieved support from hundreds in the country. Some of which have come to support the defrocked priest during closed court proceedings last week. Most were denied entry with the exception of former president Xanana Gusmao. Gusmao’s actions have led many to question the action of the revolutionary ex leader best known as the first president of the newly independent country in 2002. The ex leader still wields an great deal of power and influence in the country.

Ironically, Dasbach secured American funding is also wanted in the US on three counts of wire fraud with a warrant issued through Interpol Red Notice for his arrest. In January, the former priest told local reporters that his message to the children in the orphanage was: “Be patient.  We won’t meet again because I will be detained for life, but I will still remember you and you have to be happy there.”

Dasbach was removed from the priesthood in 2018 after confessing to sexually abusing the children.

In A Torchlight for America chapter 6 page 103, THMLF states that, “Rape and child molestation are not only crimes against the individual, they are truly crimes against society and nations.”