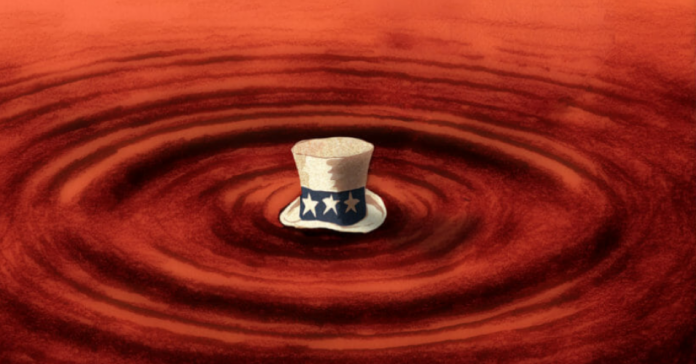 As the American people celebrate the election of former Vice President to Barack Obama, Joe Biden. A deeper question looms over our heads, can he save America from being a failed state? This election seemingly took forever and after a few days the American people have finally elected their 46th President of The United States. Opinion columnist of the New York Times Paul Krugman asks the question, “Is America Becoming a failed state?” Paul Krugman reports, “As I write this, it seems extremely likely that Joe Biden has won the presidency. And he clearly received millions more votes than his opponent. He can and should claim that he has been given a strong mandate to govern the nation.

“But there are real questions about whether he will, in fact, be able to govern. At the moment, it seems likely that the Senate — which is wildly unrepresentative of the American people — will remain in the hands of an extremist party that will sabotage Biden in every way it can.”

Before I get into the problems this confrontation is likely to cause, let’s talk about just how unrepresentative the Senate is.

“Every state, of course, has two senators — which means that Wyoming’s 579,000 residents have as much weight as California’s 39 million. The overweighted states tend to be much less urbanized than the nation as a whole. And given the growing political divide between metropolitan and rural areas, this gives the Senate a strong rightward tilt.”

Minister Farrakhan and The Honorable Elijah Muhammad have warned us that the American people are 100% dissatisfied with their government and we can see why, the Senate is divided, and the nation is more divided now that it ever was before. How will President Biden govern such a divided Nation and Government? This task will prove to be difficult for Mr. Biden and Vice President Kamala Harris.