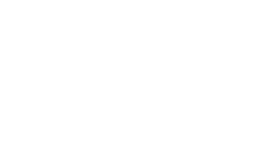 Jemele Hill, contributing Writer for the ATLANTIC and host of the “Jemele Hill is Unbothered Podcast spoke out about Black men recently. In a viral tweet Hill called Blackmen out for supposedly seeking to be apart of “The Patriarchy”.  “I have increasingly found that many black men just want better access to patriarchy. They don’t actually want it dismantled.” This was more than likely posted in response to 50 Cent’s endorsement of Donald Trump. In the wake of the election tension have been running high and the political divide is widening by the day.

The Honorable Elijah Muhammad said that the last trick of the Whiteman would be his woman, but what he meant was our own women being used against us. The divide between Black Men and women is a constant issue in our communities.  Today we are seemingly always at odds with no compromise in sight. This is causing many black men and women to speak out against each other, most of the time it is on a public forum for the world to see. The world is witnessing our dysfunction and it is clear to the world that our community is in shambles and we are not on the same page.

This is very detrimental to us as a people and we most all have a discussion.